PropCourier Sans is the ‘official’ typeface of Libre Graphics Magazine. The typeface will be gradually improved and tweaked between issues. The majority of the changes are in the left and right bearings of each glyph. Some glyphs have been changed to fit better into a proportional design (e.g. lowercase i). We have also improved kernings for the most commonly used words such as F/LOSS.

The original NotCourier Sans can be found at the OSP Foundry.

PropCourier is the canonical typeface for Libre Graphics magazine. It was created through a conversion of OSP's NotCourier Sans from a monospaced font into a proportional one.

From there, we've been refining the design and releasing new versions with each issue of Libre Graphics magazine, until we settled on a final design when we released issue 2.2 of the magazine. 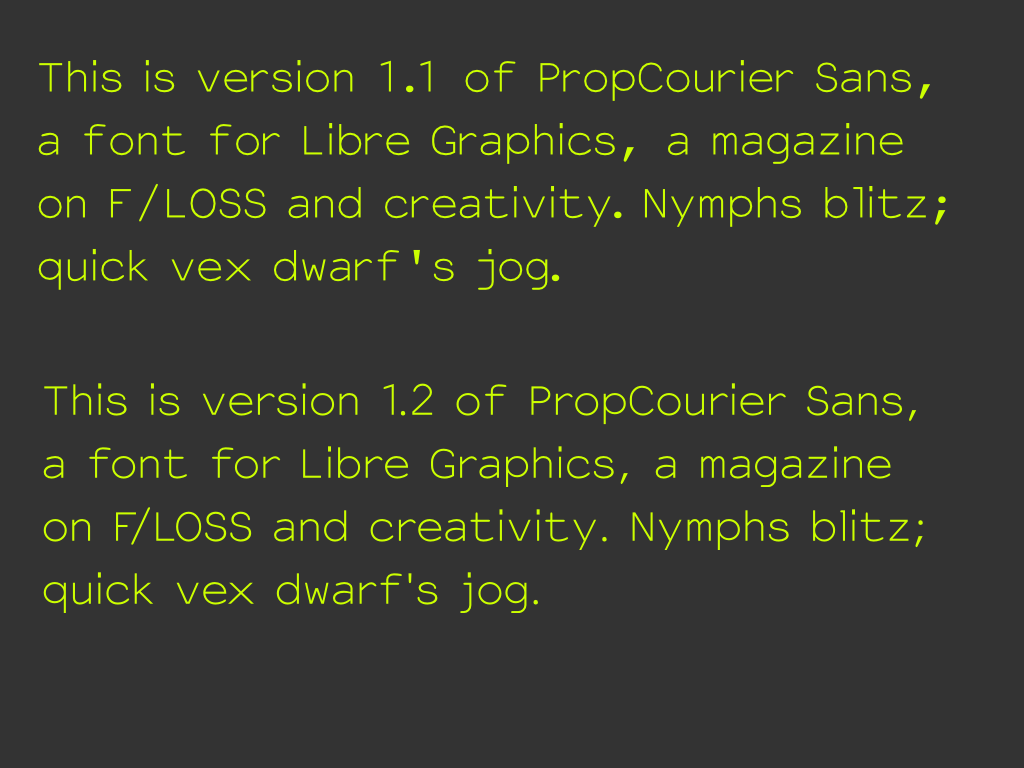 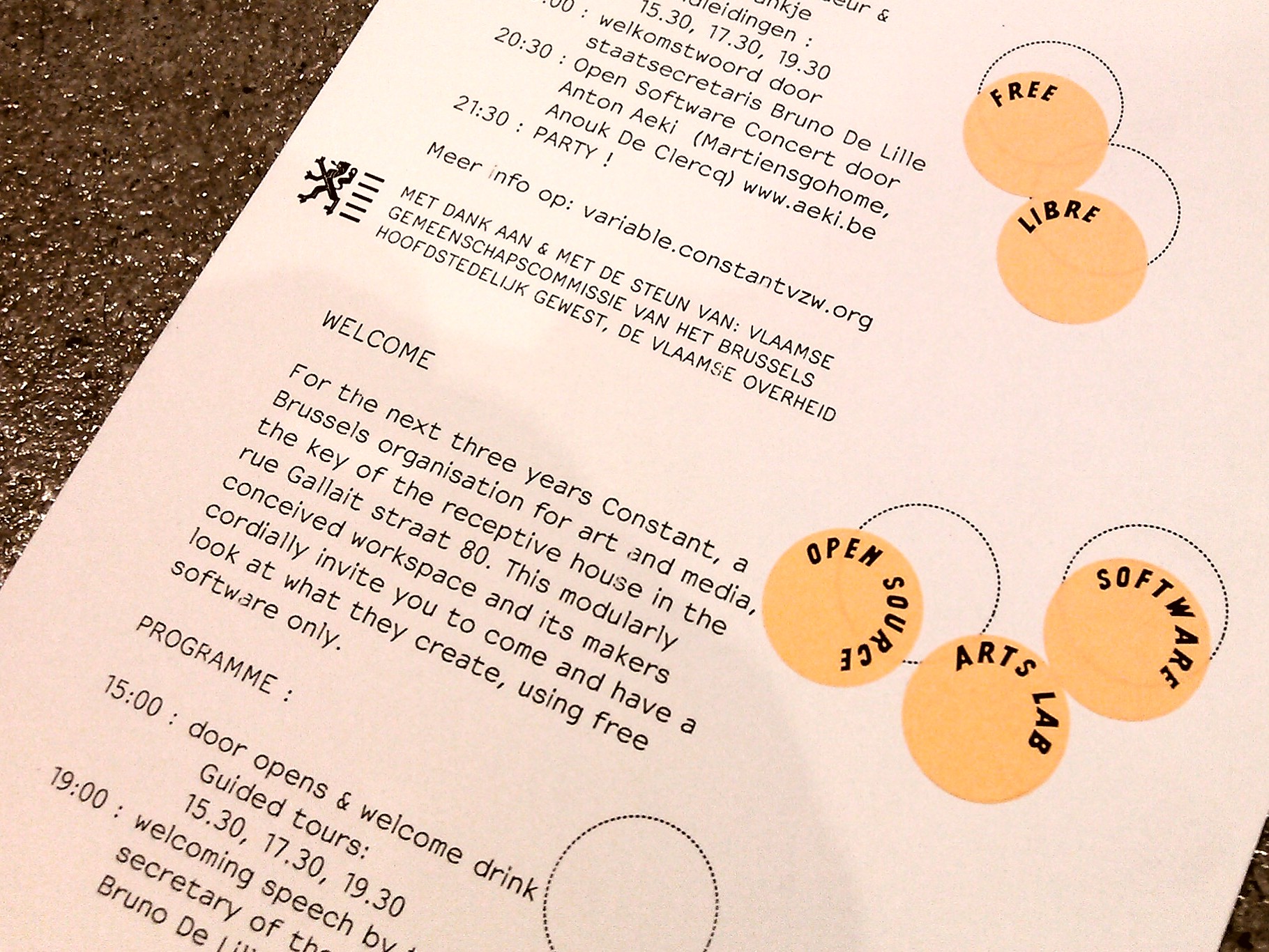 This was the original PropCourier manifesto:

We are not here to be correct When we began sketching ideas for the design of Libre Graphics Magazine, we immediately thought that the magazine ought to have a distinct, 'official' typeface. In cases like this, the traditional plan would be to design a typeface from scratch. Not only did we lack the time necessary for such an endeavour, we realised that hanging out in the libre world opens up many creative doors and windows. We could adapt an existing libre typeface, preferably licensed under the Open Font License. It didn't take long for us to decide on OSP's NotCourier Sans, a snide and beautiful rework of Courier 'We are not here to be correct' sums up our general posture towards design. Once one stops caring about creating a perfect and finished product, embracing instead the 'release early, release often' principle that is one of the tenets of free software development, one can become less shy and more prolific. Our hackerspace in Porto has a similar motto: "Always alpha, never stable". There will always be bugs to fix, QA to perform, new features to implement.